Derek Fordjour (b. 1974, Memphis, Tennessee) makes paintings, sculptures, and installations whose exuberant visual materiality gives rise to portraits and other multilayered compositions. Born of both broad sociological vision and a keen awareness of the body’s vulnerability, Fordjour’s tableaux are filled with athletes, performers, and others who play key roles in cultural rituals and communal rites of passage. In his paintings, Fordjour methodically constructs the ground of each composition through a collage-based process involving cardboard, newspaper, and other materials and pigments. The varied and textural surfaces that emerge are as complex—and physically engaging—as the dynamic subjects that Fordjour inscribes on top, within, and through them. His ability to grapple with many strata of artmaking on physical, conceptual, and straightforwardly human terms alike allows his project to communicate the widest possible array of emotions, from celebration and ecstasy to melancholy and lamentation. This, in turn, allows Fordjour to connect to audiences inside and outside of traditional art venues. 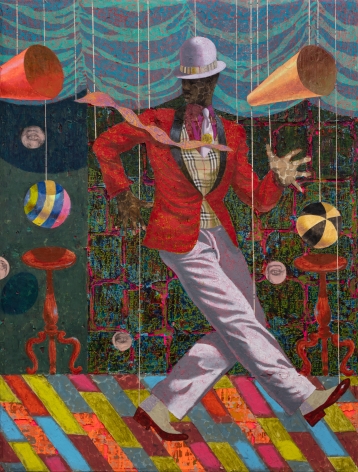 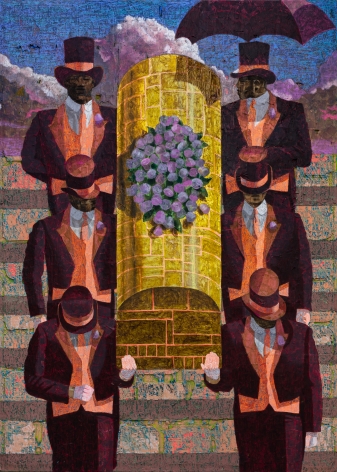 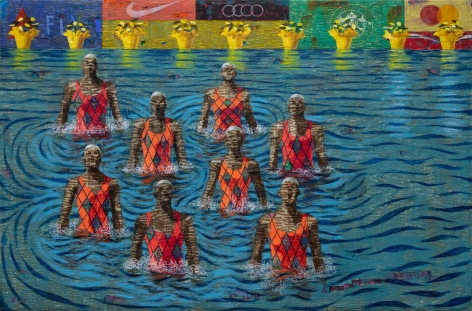 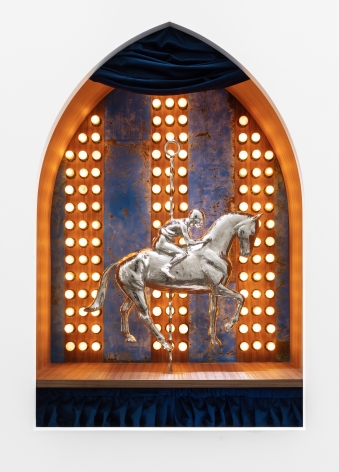 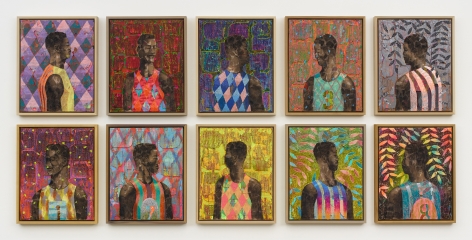 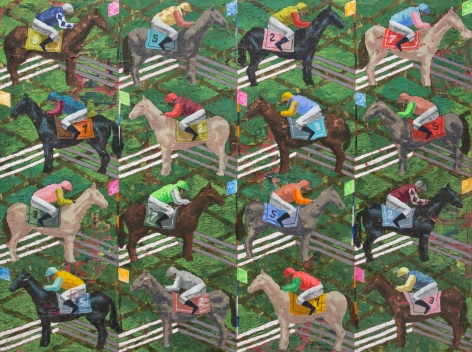 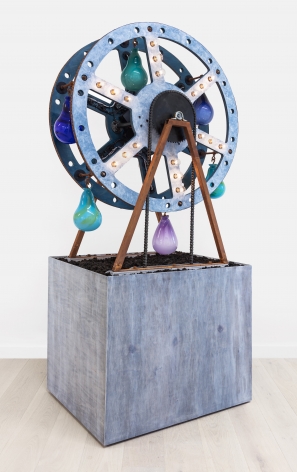 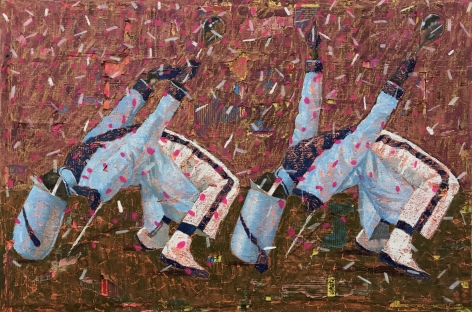 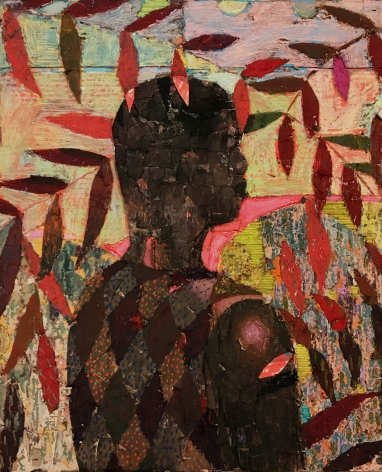 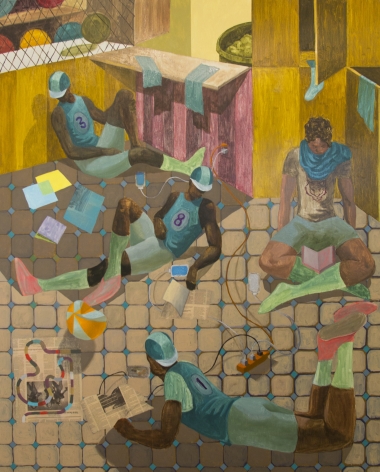 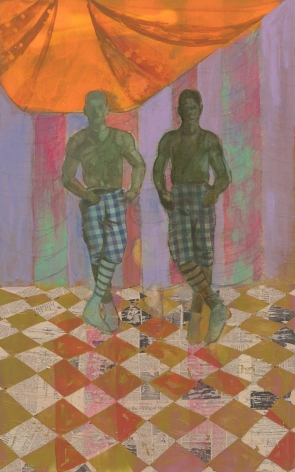 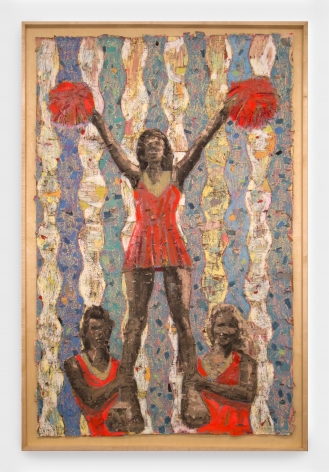 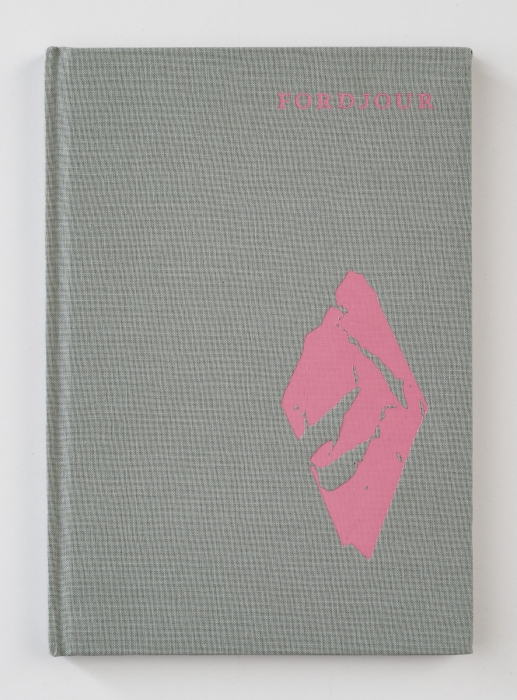 Download PDF
Hyperallergic.com
A Dreamy Carnival at the Children’s Museum in Harlem 2017