Sam Gilliam (b. 1933, Tupelo, Mississippi) is one of the great innovators in postwar American painting. He emerged from the Washington, D.C. scene in the mid 1960s with works that elaborated upon and disrupted the ethos of Color School painting. A series of formal breakthroughs would soon result in his canonical Drape paintings, which expanded upon the tenets of Abstract Expressionism in entirely new ways. Suspending stretcherless lengths of painted canvas from the walls or ceilings of exhibition spaces, Gilliam transformed his medium and the contexts in which it was viewed. For an African American artist in the nation’s capital at the height of the Civil Rights Movement, this was not merely an aesthetic proposition; it was a way of defining art’s role in a society undergoing dramatic change. Gilliam has subsequently pursued a pioneering course in which experimentation has been the only constant. Inspired by the improvisatory ethos of jazz, his lyrical abstractions continue to take on an increasing variety of forms, moods, and materials.

In 2022, Sam Gilliam will be the subject of a major retrospective exhibition at the Hirshhorn Museum, Washington, D.C. Gilliam currently has a long-term installation on view at Dia:Beacon, Beacon, New York, which opened in 2019. In addition to a traveling retrospective organized by the Corcoran Gallery of Art, Washington, D.C. in 2005, Gilliam has been the subject of solo exhibitions at Kunstmuseum Basel, Switzerland (2018); Phillips Collection, Washington, D.C. (2011); J.B. Speed Memorial Museum, Louisville, Kentucky (1996); Whitney Museum of American Art, Philip Morris Branch, New York (1993); The Studio Museum in Harlem, New York (1982); and the Museum of Modern Art, New York (1971), among many other institutions. His work is included in over fifty public collections, including those of the Musée d’Art Moderne de la Ville de Paris; Tate Modern, London; the Museum of Modern Art, New York; the Metropolitan Museum of Art, New York; and the Art Institute of Chicago. He lives and works in Washington, D.C. 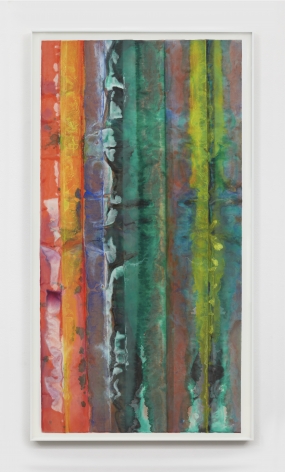 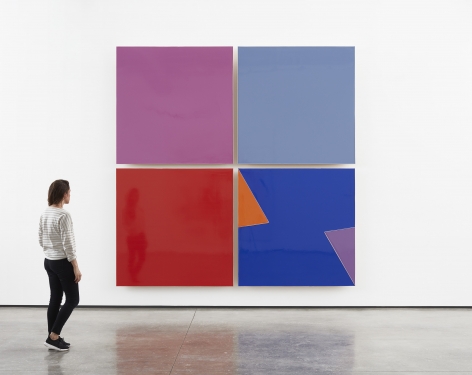 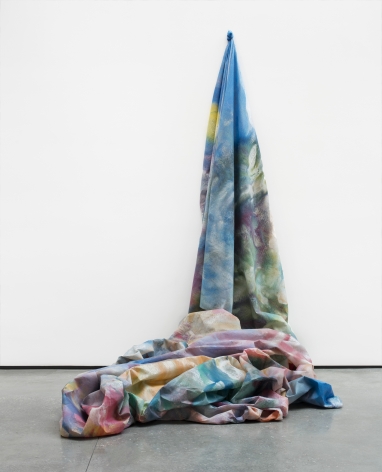 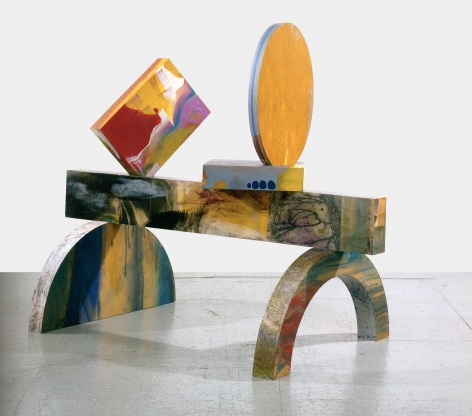 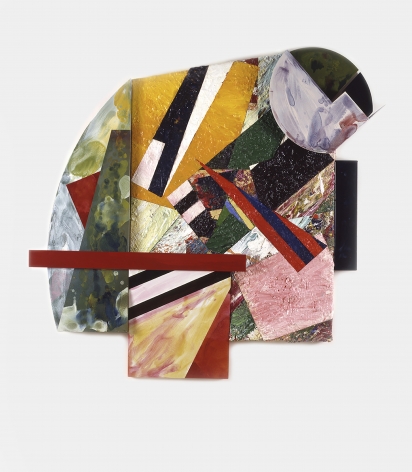 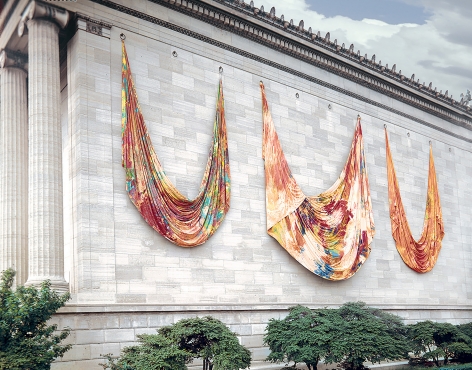 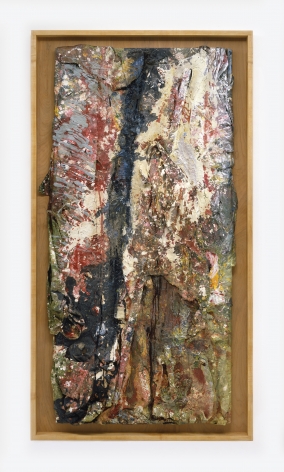 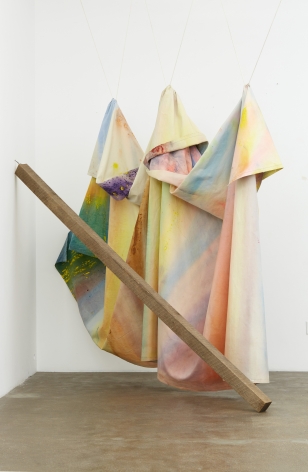 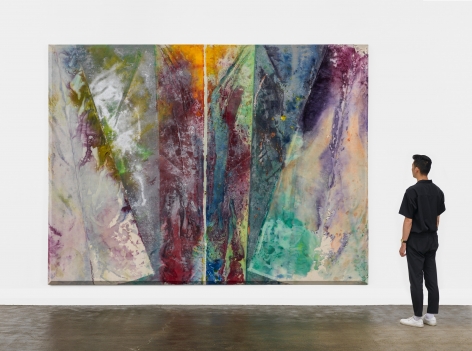 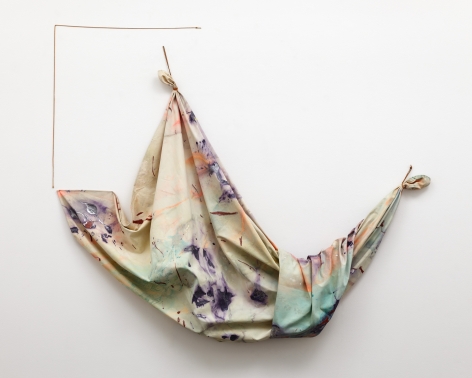 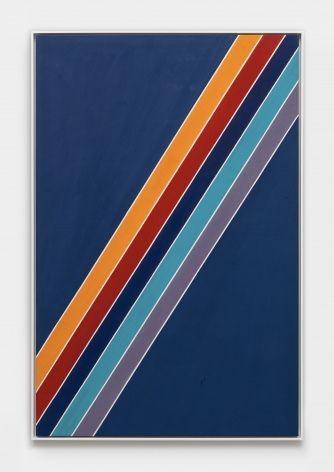 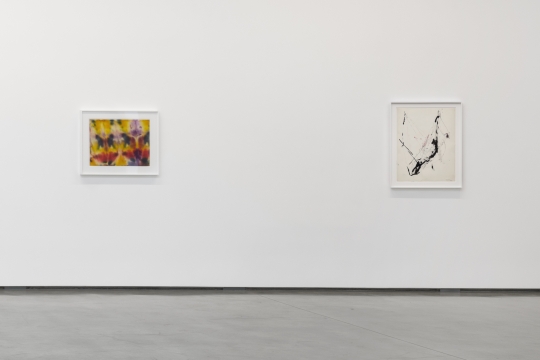 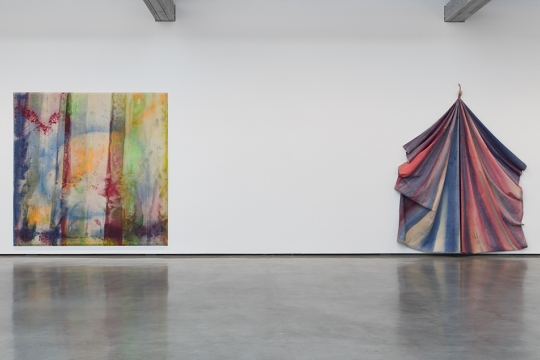 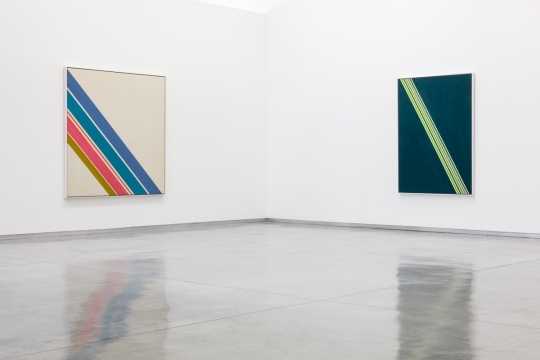 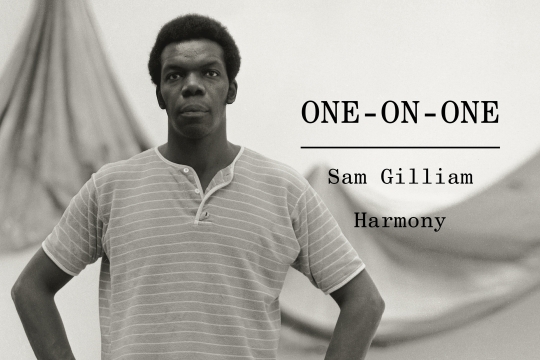 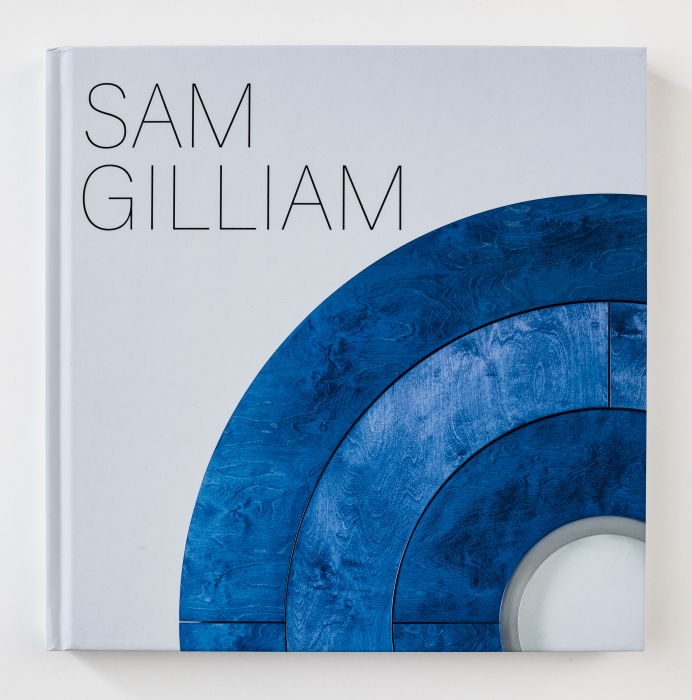 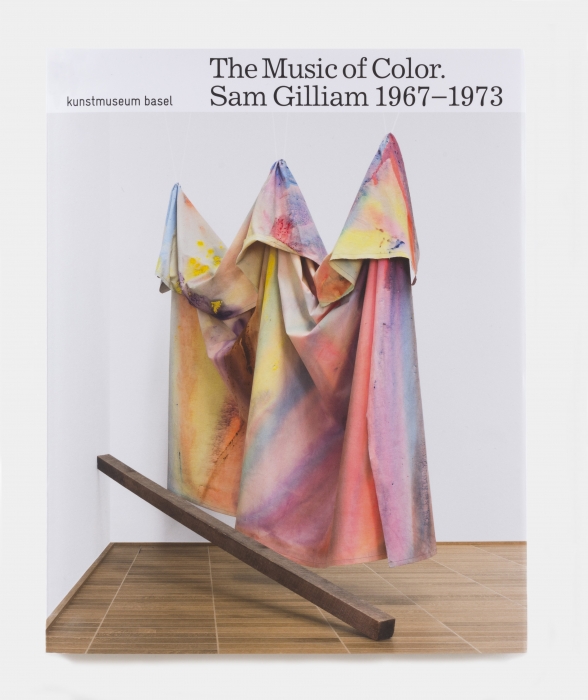 Sam Gilliam
The Music of Color 2018 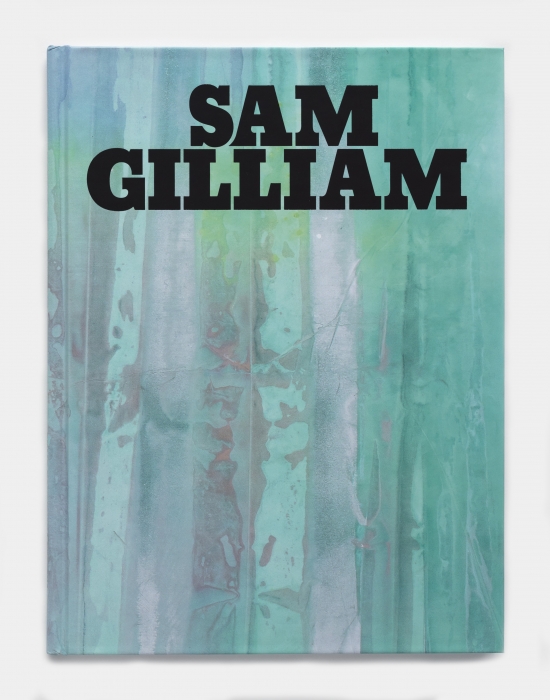 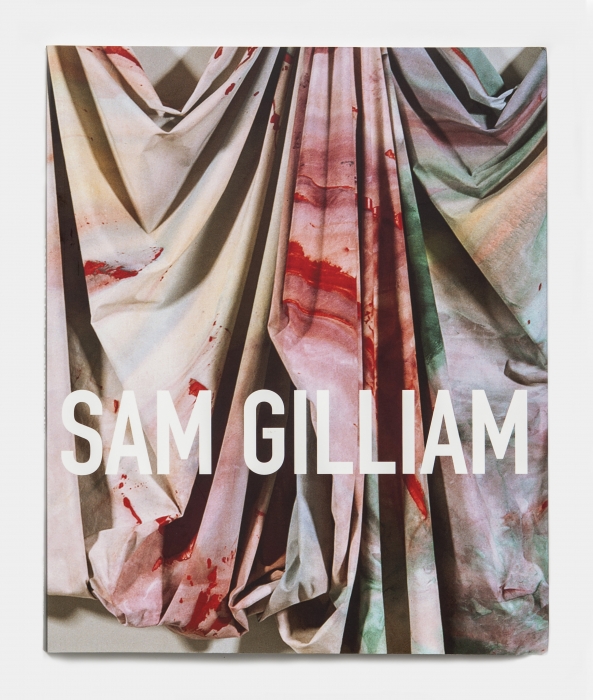 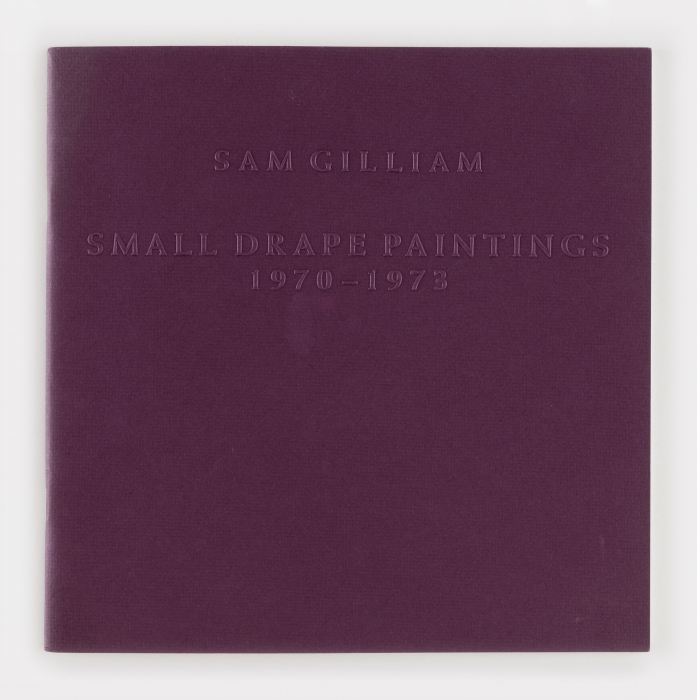 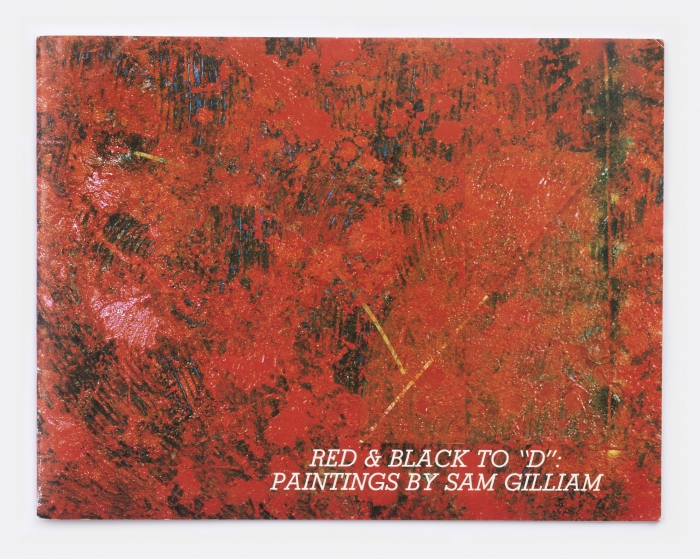 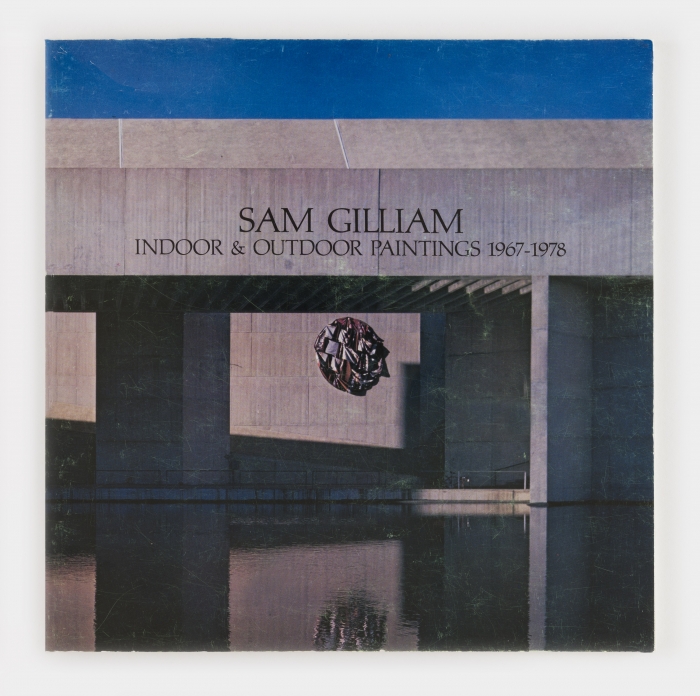