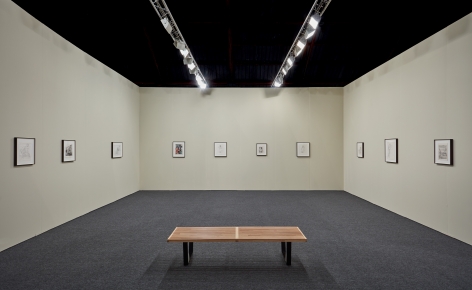 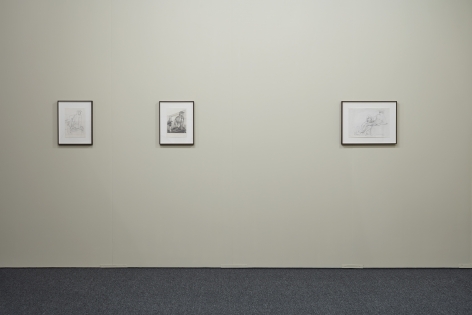 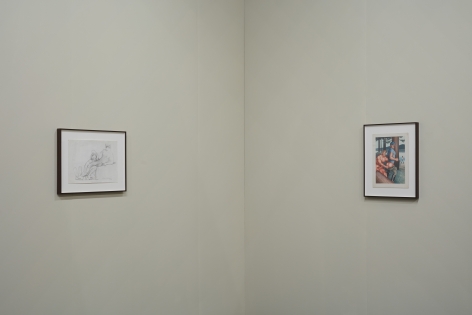 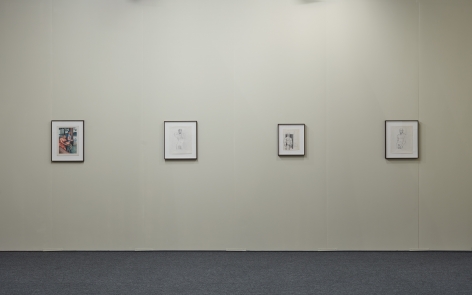 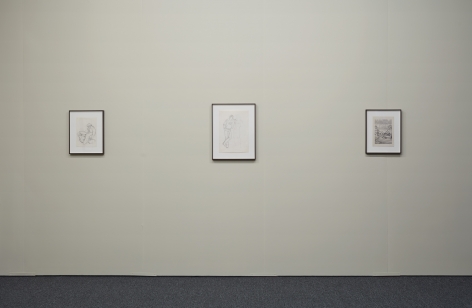 David Kordansky Gallery is pleased to announce its participation in Art Los Angeles Contemporary with a solo presentation of works on paper by Tom of Finland. The presentation will include a range of drawings in a variety of media, mostly from the late 1970s, that are increasingly relevant at a moment when LGBTQ movements are on the front lines in the battle against reactionary political forces. The works include a rare gouache rendered in vivid color; finished, highly detailed scenes intended for eventual publication; and evocative preparatory drawings in which both the artist's virtuosic hand and the dynamic development of his thinking are on full display.

Touko Laaksonen a.k.a. Tom of Finland (1920 – 1991) was perhaps the most influential creator of homoerotic imagery in the 20th century. Transcending the contexts of the male physique magazines in which his work originally appeared, as well as associations to pornography and the niche genre of erotic art, his drawings and paintings engage a formal dialogue with a sweeping array of figurative traditions in Western culture. These include practices with strong conceptual and political aspects that were central to revolutions of spirit and thought during the postwar period, as well as works that are considered highlights of representative technique from antiquity onwards. Tom of Finland’s pictures condense, in particularly contemporary fashion, an entire trajectory of attempts by artists to represent the male body throughout the ages, from marble statues by anonymous Greek sculptors to the photographs of Robert Mapplethorpe. Indeed, his images have become immediately recognizable in mainstream culture, and the original renderings, which highlight his refined approach to line, shadow, and composition, have entered the collections of such institutions as the Museum of Modern Art, New York.

The drawings on view in this presentation shed light on the different phases of Tom of Finland's process, from informally sketched portraits of single figures to the conceptualization of narrative storyboards involving several men in specific, and often lushly illustrated, environments. They also very much speak to the time when they were made. Followers of the artist's work are able to trace the evolution of his style over the decades; while his characteristic depictions of the male physique and his radically joyous view of sexuality remained constant, he responded to changes in fashion and popular visual culture, as well as to the shifts in his own preferences and turn-ons. In these works made in the decade after the flowering of the 1960s counterculture, figures sport full beards, long sideburns and bell-bottoms in addition to handlebar mustaches, leather jackets, and military attire.

The formal skill involved in the creation of his drawings and paintings is an undeniable focus of interest, but Tom of Finland’s visionary depictions cannot be separated from their profound effect on gay culture, gender identity, and liberation movements of all stripes. His images were some of the first to portray self-empowered masculine figures performing sexual acts with one another. As a result, they were responsible for helping to change the ways that gay men and other marginalized groups accessed their strength and political agency. This makes them crucial documents for all citizens who aspire to set the terms of their own desire, and who refuse to stand by whenever repressive agendas attempt to curb free and creative expression.

In 2015, Artists Space, New York, organized The Pleasure of Play, the most comprehensive survey exhibition of Tom of Finland’s work in the US, which traveled to Kunsthalle Helsinki in 2016. Other solo and two-person exhibitions devoted to the life and work of Tom of Finland (b. 1920, Kaarina, Finland; d. 1991, Helsinki) include The Man Behind Tom of Finland: Loves and Lives, Salon Dahlmann, Berlin (2017); Sealed with a Secret: Correspondence of Tom of Finland, Postimuseo, Tampere, Finland (2014); Bob Mizer & Tom of Finland, Museum of Contemporary Art, Los Angeles (2013); and Kulturhuset, Stockholm (2012). Recent group exhibitions include Slash: In Between the Normative and the Fantasy, Contemporary Art Centre, Riga, Latvia (2015); Abandon the Parents, National Gallery of Denmark, Copenhagen (2014); Keep Your Timber Limber (Works on Paper), Institute of Contemporary Art, London (2013); and We the People, Robert Rauschenberg Foundation, New York (2012). Tom of Finland’s artworks are featured in the public collections of the Los Angeles County Museum of Art, the Art Institute of Chicago, and the San Francisco Museum of Modern Art, among others. In September 2014, Itella Posti published a set of three First Class stamps in Finland featuring the artwork of Tom of Finland. The Tom of Finland Foundation, dedicated to preserving Tom’s legacy and supporting erotic art generally since 1984, operates out of the Tom of Finland House, the artist’s former shared residence and now a Historic-Cultural Monument in the Echo Park neighborhood of Los Angeles.