William E. Jones
But just as the fairest man is flesh composed of parts scattered at random, as Heraclitus says, so too is the Cosmos., 2013
archival solvent ink on paper
16 x 16 inches
(40.6 x 40.6 cm)
unique

William E. Jones
But just as the fairest man is flesh composed of parts scattered at random, as Heraclitus says, so too is the Cosmos., 2013
archival solvent ink on paper
16 x 16 inches
(40.6 x 40.6 cm)
unique

David Kordansky Gallery is very pleased to announce Heraclitus Fragment 124, Automatically Illustrated, an exhibition of new work by William E. Jones. The show will open on January 11 and run through February 22, 2014. An opening reception will be held on Saturday, January 11 from 6:00 until 9:00pm. Prior to the opening, at 5:00pm, the artist will give a talk, Heraclitus in Limbo, with Richard Fletcher, Associate Professor of Classics at The Ohio State University. The exhibition is accompanied by an illustrated book, Flesh and the Cosmos, with essays by the artist, Fletcher, and renowned Classicist Jonathan Barnes.

Over the course of more than two decades, William E. Jones has created films, videos, photographs, prints and texts that reorganize and recontextualize archival materials of all kinds. He combines research with formal experimentation, revealing the passions and sublimated political forces at work in documents of the state, forgotten or overlooked popular media, and official (and unofficial) visual histories.

Heraclitus Fragment 124, Automatically Illustrated is the latest of Jones’s projects in which he mines the aleatory possibilities of the Internet to assign imagery to existing literary texts. For the first time, however, he turns to an ancient source: a single, one-line fragment by the pre-Socratic Greek philosopher Heraclitus (c. 535 – c. 475 BC).

The exhibition consists of six print-based works, made up of anywhere from one to five panels. To produce them, Jones entered six different translations (executed by a range of scholars and writers including Martin Heidegger) of the Heraclitus fragment into Google Image Search. Aside from refining the search to images of a particular size, he did not select or otherwise edit the results: each work includes all of the images automatically associated with the text of one translation, arranged in grids. Horizontal images alternate with vertical ones. When the search returns more images of one format than the other, the string of “leftover” images appears without alternation at the end of the sequence.

Subtle distinctions between translations bring back dramatically different results. For instance, the largest work in the show includes hundreds of images, while the smallest includes only one. In addition to the strangeness, beauty, and banality that define these images, the viewer is left to confront a kind of conceptual negative space, a ghostly snapshot of the algorithms employed by Google to organize visual information.

Jones’s brand of automatic illustration creates the conditions for the Internet to narrate what he describes as the “unspoken manias and taboos of contemporary society,” reformulating the Surrealist practice of automatic writing for a digital age. The project also takes on the inherently fraught nature of translation (both between languages and between media), and poses questions about the status of authorship in contemporary culture. Jones, via Heraclitus and his translators, provides a structure through which to view a seemingly random grouping of images, themselves created by an unwitting collaboration of anonymous and disembodied cultural producers whose pictures have found their way online. As such, the show sheds light on the ways in which the intellectual production of an entire society can be instrumentalized, for economic benefit, in the name of technology and power. 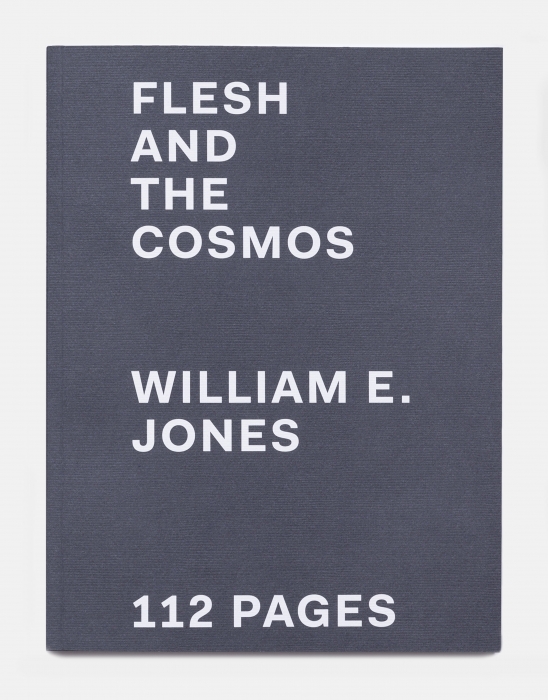