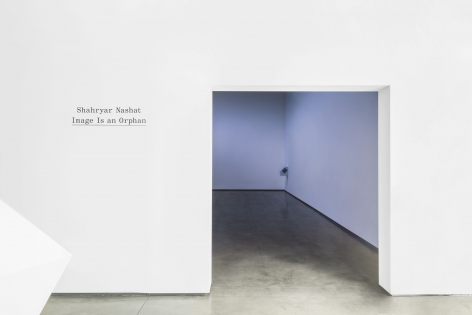 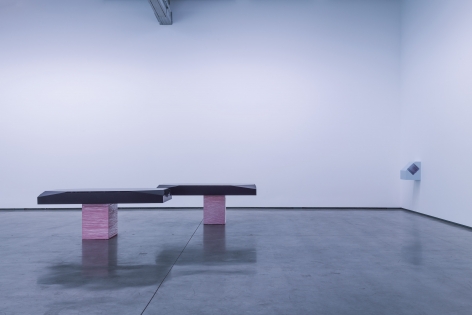 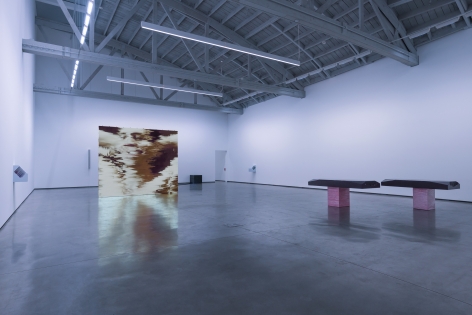 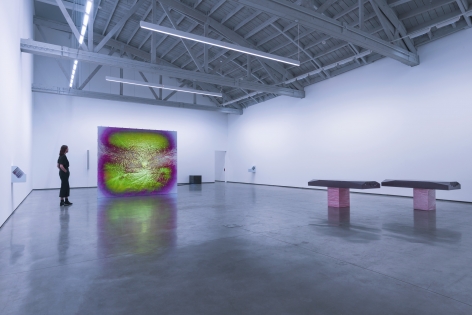 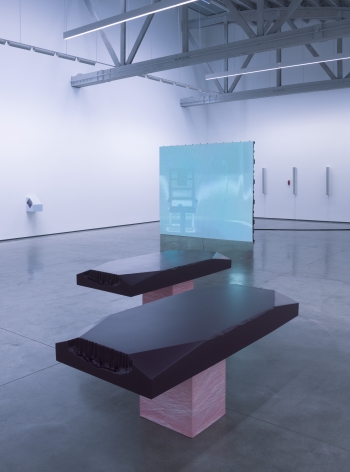 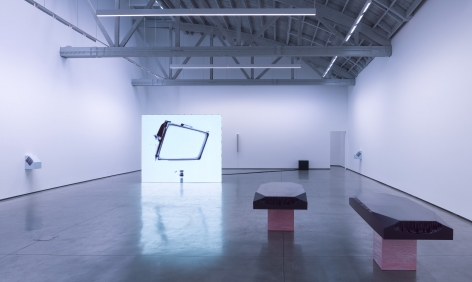 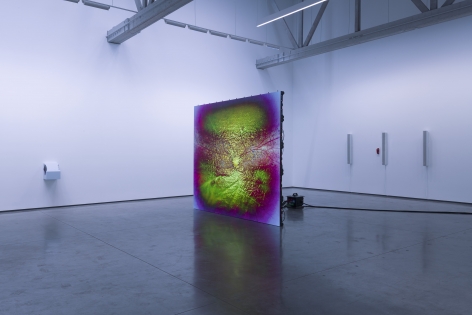 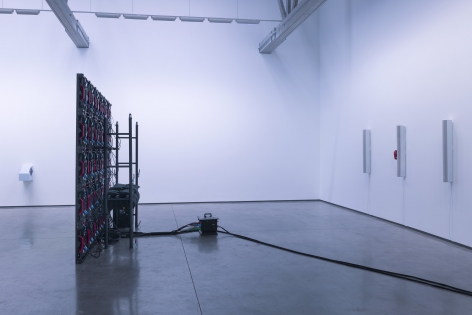 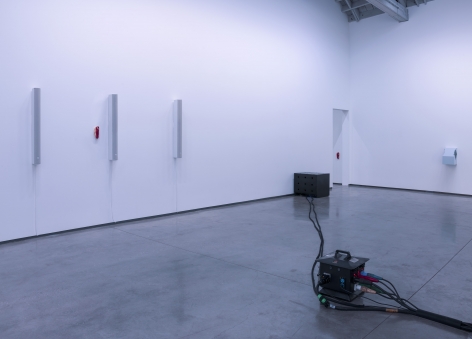 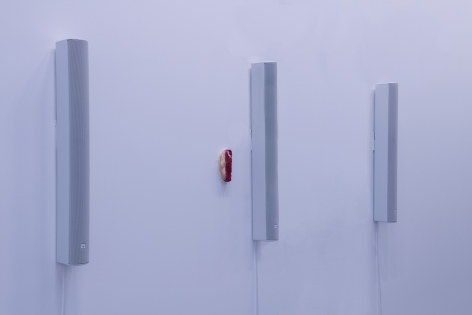 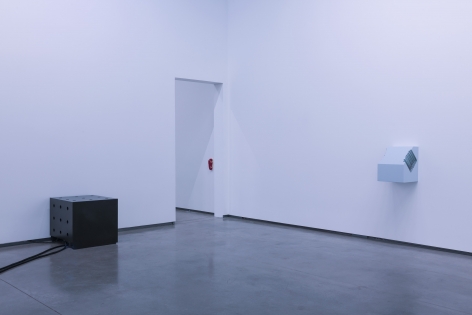 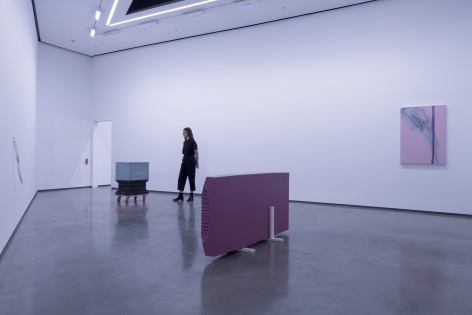 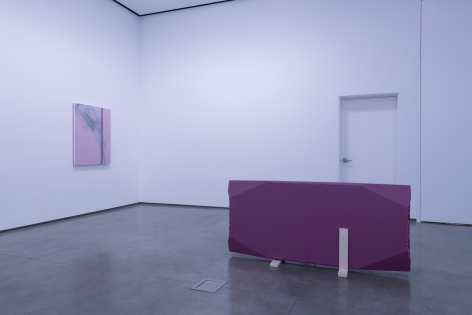 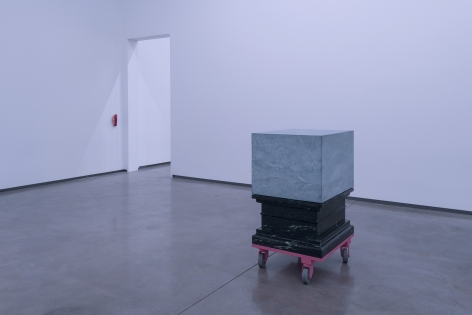 David Kordansky Gallery is pleased to present Image Is an Orphan, an exhibition of new work by Shahryar Nashat. This is the artist's first exhibition at the gallery and his largest presentation to date in the United States. Among other works, Image Is an Orphan features the debut of a new series of wall-based sculptures, as well as a major video installation that was first shown in Nashat's 2017 solo exhibition at Kunsthalle Basel.

For more than a decade, Shahryar Nashat has been making sculptures, videos, and other works in which the human body, and its representations, play a central role. However, this is not merely a matter of visual analysis. Rather, Nashat gets at the very experience of what it means to see, feel, and be a body at a moment when the technologies that filter much of our experience encourage fragmentation and distance. Desire, longing, mortality, fragility, and resilience are among the thematic concerns Nashat's work recurringly addresses. While his exhibitions function as immersive meditations on both the evolution of figurative sculpture and art's ability to reflect the current state of human life, their prescience and mystery also make them function as windows into an uncertain future.

The exhibition borrows its title from Nashat's longest video to date, a mashup of distinct parts woven together via repetition of sound and image, which is displayed on a large bank of monitors that exude a sculptural force in the space. Throughout the 18-minute work, a voice asks, "How will I die? Who will carry me? Who will feel my after-effects?" which, combined with its soundtrack, lends it an elegiac quality. It is unclear whether the voice belongs to a living person, or whether it speaks on behalf of an image questioning its own existential status. Images that border on abstraction nonetheless bristle with natural textures, suggesting that the line between the digital and the organic is blurred. Occasionally, subtle computer-generated effects intrude upon photographic images of spaces (an unmade bed, an empty room with a chair) notable for the absence of the bodies they are designed to contain.

The video's middle section is filled with "hazard" clips appropriated from online sources. These depict pratfalls, moments when the bodies of their subjects are viscerally, if not violently made vulnerable. Nashat manipulates and arranges records of fights and slips into a dense, utterly contemporary fugue. Notable for their inherent drama, cruelty, and even comedy, these moving images are both cringe-worthy and captivating, and forge an immediate and highly physical connection with their viewers. The work's careful, cyclic editing highlights not only the uncontrolled movements of the bodies on display, but the necessarily accidental relationship between those bodies and the suddenly "embodied" cameras that witness them.

Though they present cool exteriors, Nashat's sculptural objects also possess a surprising and affecting interiority. A group of compact works with synthetic, high-finish surfaces are installed on the wall, architecturally, where their sinuous, bulbous geometry appears at first to exist in dialogue with a variety of minimalist predecessors. The sides of each object, however, contain a series of indentations that disrupt their apparent integrity in a variety of ways. Nashat has painted these indentations, which resemble stylized bite- or claw-marks, in colors that set them off from the surrounding material. As a result, they seem to reveal the "flesh" that lies within the objects, casting them as surprisingly porous things, open rather than closed, susceptible to the world around them.

Similar marks are found on a pair of floor-based sculptures entitled Cold Horizontals in which horizontal fiberglass forms are supported by steel bases sheathed in plastic wrapping. With their rectilinear slabs and industrial finishes on the one hand, and their resemblance to operating tables or beds on the other, these works are at once clinical and bursting with suggestions of life. It is in such paradoxes that the radicality of Nashat's project becomes clear. In his exhibitions there is no such thing as an inanimate object, and bodily pleasures and anxieties inhabit every corner of art history, including the institutions and supports that frame artworks of all kinds. (For many of his shows, including this one, he alters the gallery's lighting, rendering the ambient more palpable, and reminding the viewer that all facets of aesthetic experience are suffused with subjectivity.) Seeking to reanimate and revivify a culture that so often denies the needs of the fleshy beings that create it, Nashat strikes a balance between the austere and the unruly, breathing a new kind of life into the technological artifacts that pile up around us.