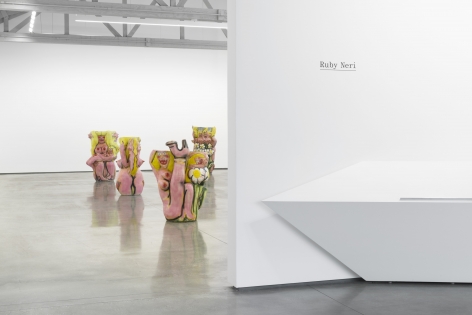 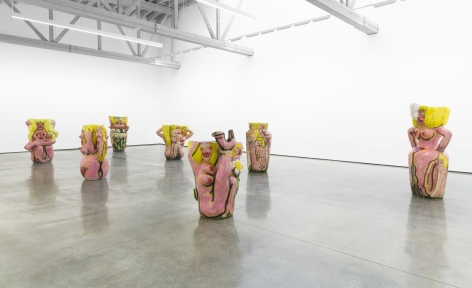 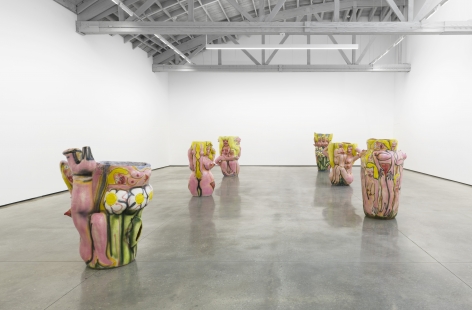 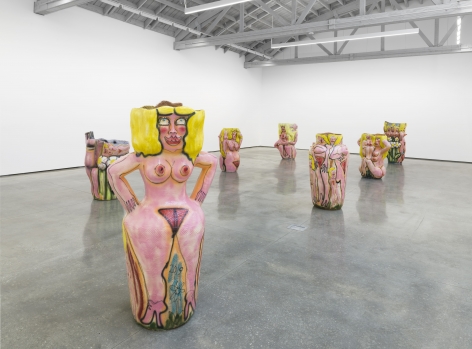 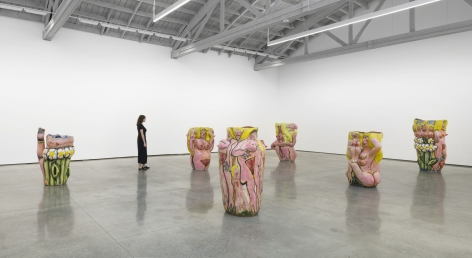 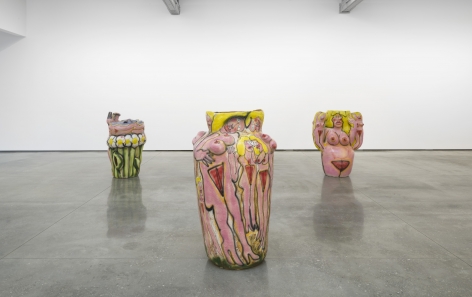 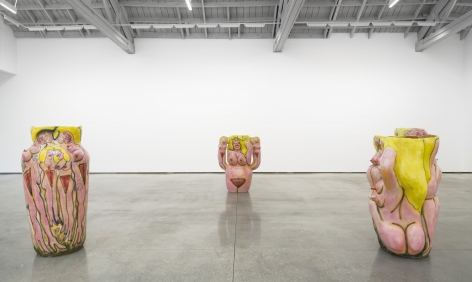 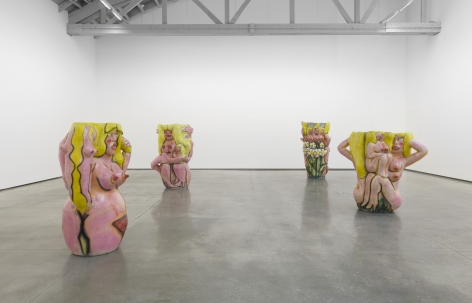 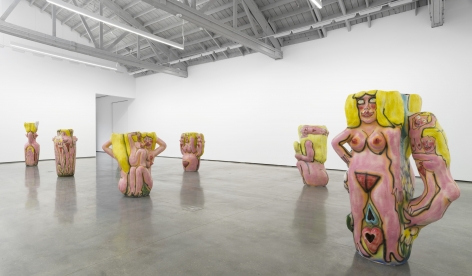 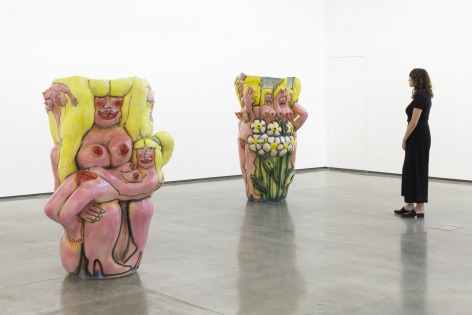 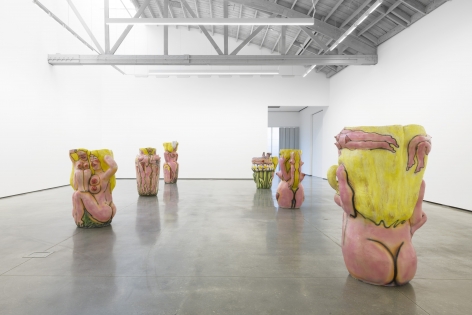 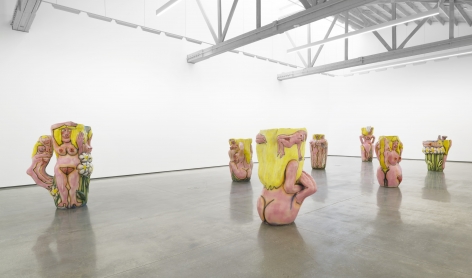 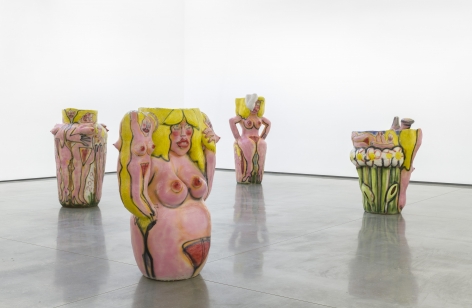 David Kordansky Gallery is pleased to announce an exhibition of new sculptures by Ruby Neri. The show will open on May 11 and remain on view through June 15, 2019. An opening reception will be held on Saturday, May 11 from 6:00pm until 8:00pm.

In recent years Ruby Neri has become increasingly recognized for her ceramic sculptures featuring figurative female forms. Almost always based on the centralizing idea of the vessel, these works are notable for the physicality of their construction and the intensity of their glazes, which are often applied using an airbrush. This exhibition will feature a group of some of the largest and most complex objects of this kind that Neri has made to date.

Neri arrived at what has become a signature typology by synthesizing an idiosyncratic group of influences, including the Bay Area Figurative Movement, street art, ancient fertility figures, and more recent currents in ceramic-based contemporary art. The work is defined by its psychologically and sexually charged content and its bawdy feminism, with women engaged in what appear to be ritualistic power dynamics. Several of the new sculptures are composed of numerous figures that differ greatly in size. Smaller women are held, supported by, and wrapped around bigger ones, suggesting relationships in which one dominates the others. The ambiguity and playfulness of these tableaux add a layer of narrative richness to the works, especially because they are highly three-dimensional objects in which visual and sculptural information flows across every surface, front and back, under and over, inside and out.

This narrative quality draws attention to the qualities of the figures themselves, which all share certain basic characteristics. Blonde, with dramatically full lips, voluptuous bodies, and revealed genitalia, they can also be considered variations on a single character whose most prominent feature might in fact be her disarmingly frank facial expression. Enraptured, knowing, bemused, the gaze she returns to the viewer suggests that the complexity of her relationships--with her own interiority, the other versions of herself that surround her, the viewer, the materials from which she has been crafted, and the artist who made her--comes as no surprise.

The aura of confidence that animates the sculptures is due in no small part to the physical solidity of clay and Neri's handling of it. Fusing elements that can be read as handles, for instance, with the limbs of the figures or their ropes of yellow hair, she builds hybridized objects that literalize the implied corporeality of the vessel, thereby emphasizing its centrality in the development of human culture. The scale of these works gives them architectural presence as well, generating comparisons to geological formations and trees (some include images of exaggerated flowers), or archaic totems constructed by a matriarchal society. In some cases, bulbous protrusions on their sides contain apertures that permit visual access to their interiors.

As Neri raises the stakes on the sculptural intricacy of her project--no small feat given the challenges involved with building and firing ceramic objects of this size--she also continues to experiment with her glazes. The pink flesh tones have become more and more intense over the last few years, resulting in a palette that enhances the work's dialogue with pop references. Also of note is the fluidity of the black lines Neri uses to outline the figures, which take on a life of their own as they snake around their entire undulating circumferences. Red and deep pink, applied in airbrushed bursts, bring out the women's lips and blushing cheeks in a manner that evokes the presence of filling blood vessels just beneath skin.

Each of these factors lead the eye to engage the many different kinds of textures that animate the surfaces of Neri's work, which play both with and against the grain of her imagery. The dense scratch-like scoring that covers the majority of the sculptures' "skin" recalls ancient graffiti or the gestural abstraction of postwar painting, for instance; but in some sections it also takes on representational force, like when it is used to depict thick strands of hair that cascade down the figures' backs, and even occasionally braid them together. Indeed, the figures are always linked in some way, whether literally or metaphorically. Even in cases when a work is composed of a single monumental character, her sisters in the other objects seem to embody her dreams, fantasies, and projections, with the exhibition as a whole functioning as an ecstatic theater of vivid imaginative life. Perhaps paradoxically, as Neri's sculptures grow in size and her vision becomes more ambitious, her art becomes more personal, striking deeper chords of intimacy, vulnerability, and humanity.