David Kordansky Gallery is pleased to announce Slaves and Humans, an exhibition of new ceramic sculpture by Ruby Neri. The show will open on July 23, 2016 and remain on view through August 27. An opening reception will be held on Saturday, July 23 from 6:00pm until 8:00pm.

In her sculptural practice Ruby Neri embraces a broad spectrum of figuration, drawing upon idiosyncratic 20th century West Coast traditions as well as a global catalogue of art historical and anthropological modes. Over the course of the last two decades she has moved fluidly from one material to another, including plaster, metal, and paint, to generate highly personal works of emotional immediacy. While she has frequently turned to ceramics, Slaves and Humans marks the first time she has produced an entire body of work within the traditional bounds of this medium, relying solely on fired clay and glazes to generate forceful, highly sexualized representations of the female form.

The largest works on view are totemic, life-sized vessels that stand directly on the floor, while others take shape as sculptural vases and pots installed on pedestals. Together the assembled objects enact a tableau of frenzied and interlocking bodies. The functional elements of vessels, namely cylindrical volumes and tubular handles, provide the surfaces on which Neri inscribes figurative imagery. These same elements often constitute the sculptural forms from which the figures’ bodies are constructed; handles, for instance, double as arms or lengths of braided hair. The figures, then, regularly serve as containers even as they are contained, both empowered and bound by the typologies and histories that define them. Caught in a cyclical process of capture and liberation, they depict the tumultuous nature of desire, which binds people to each other and breaks them apart again in visceral ways that exceed rational explanation.

Neri gives the figures in Slaves and Humans exaggerated anatomical features, particularly when it comes to the erogenous parts of their anatomy, and facial expressions that merge ecstasy and hysteria. Their intensity finds a parallel in the artist’s direct approach to her materials. Highlighting the erotic tactility of clay, she builds each sculpture’s curvaceous silhouette by hand, forming irregular walls and organic extensions. Glazes are then applied using an airbrush; the resulting range of sprayed flesh tones provides each figure with a luminous “skin”, while doodle-like black lines demarcate genitalia and other body parts, introducing lightness and improvisation to forms that otherwise display physical density and permanence.

By spraying pigments, Neri also recalls the street art she produced as a leading member of the San Francisco-based Mission School in the early 2000s, connecting a 21st century urban art form and the archaic power of pre-historical wall-painting and object-making. Just as graffiti requires an artist to assert her vision in public spaces, the sculptures in Slaves and Humans find company among the countless objects that have served as focal points for religious ceremonies and devotional rituals throughout the ages. Like Cycladic figures from the Neolithic era, or the collection of figures that Freud and his patients gazed upon in his office, any mystery regarding the functionality of these works only increases their potential to access deeper wells of pathos, humor, and passion in their viewers.

Fertility goddesses for the contemporary imagination, Neri’s vessels carry the spark of spontaneous emotional connection, however risky, uncomfortable, or unpredictable its ramifications in a world in which humans increasingly rely on strategies of mediation to interact with each other. She has given most of them unblinking stares, and so they seem to conjure proximity like a spell, drawing the viewer towards them in a disarmingly intimate pact. In at least one work, however, the figure’s eyes are hidden behind dense rows of overhanging bangs, resulting in a character that appears absorbed in reverie, her smile registering untold private pleasures. Locked within herself, and her static medium, she does not share what she dreams, but perhaps it is this very tension that makes her so familiar. Neri’s figures remind us of our own free-willed and desiring human selves, and that we too are are bound, slaves to our circumstances and identities. 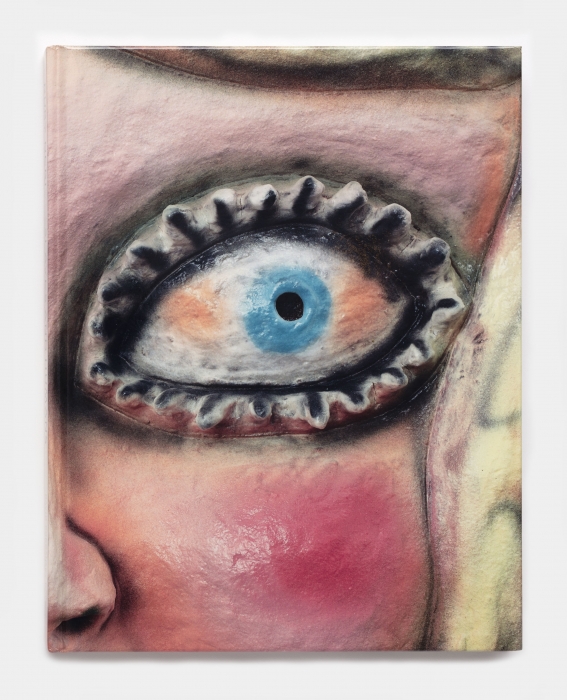