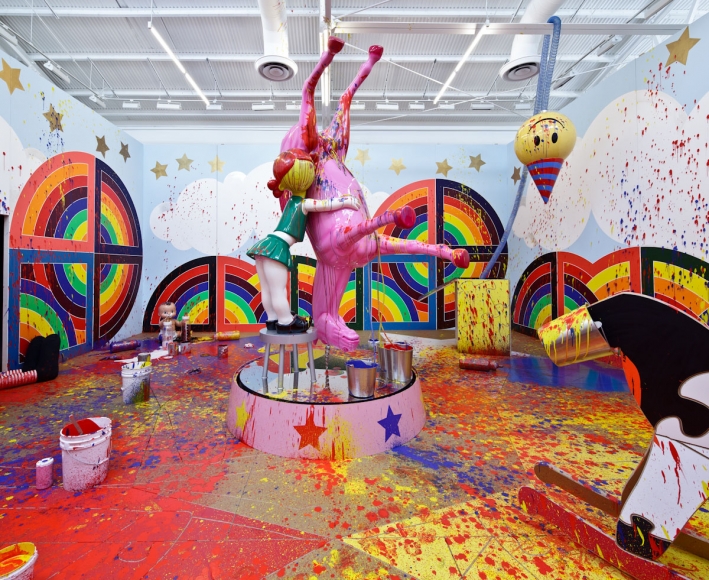 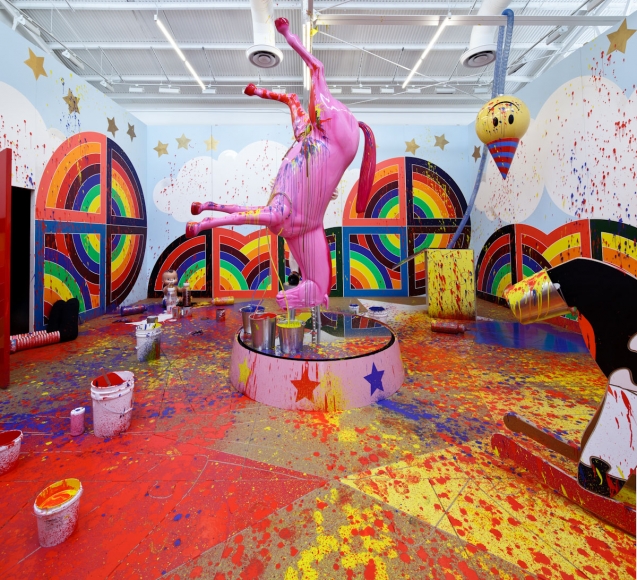 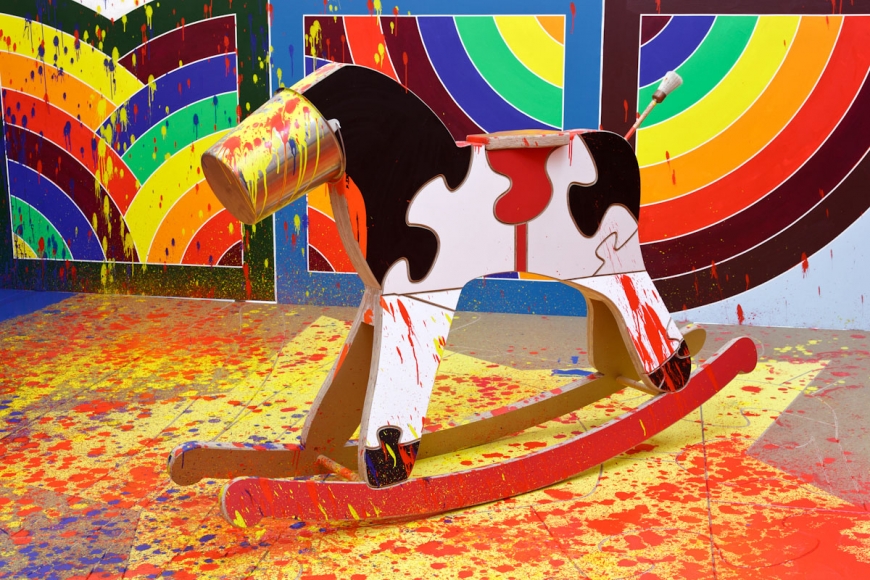 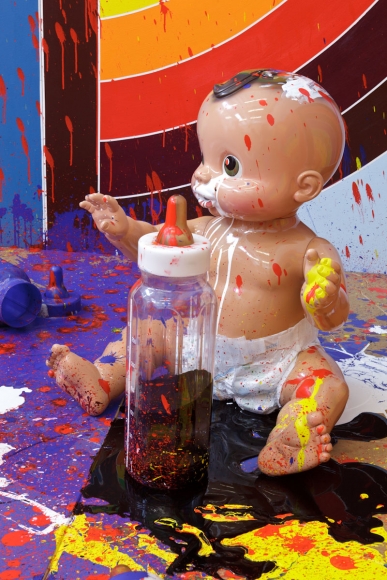 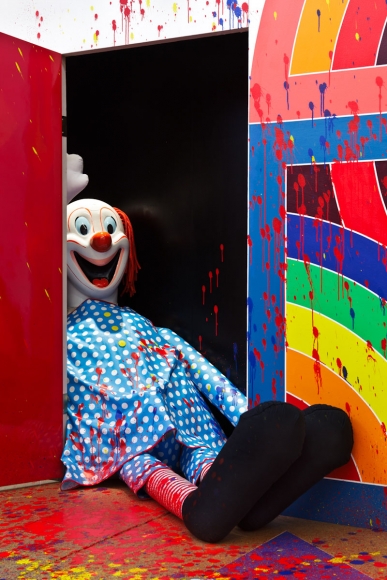 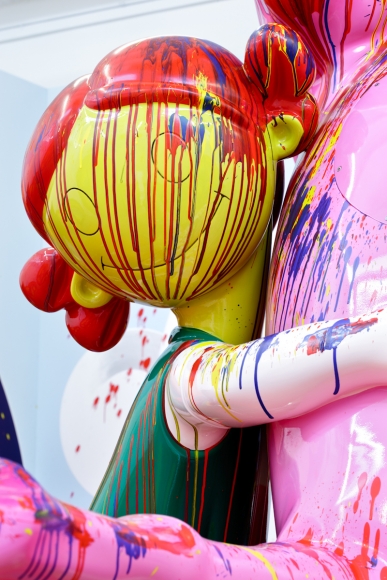 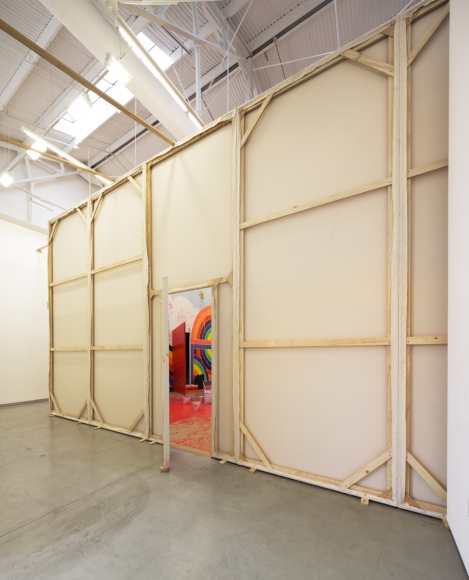 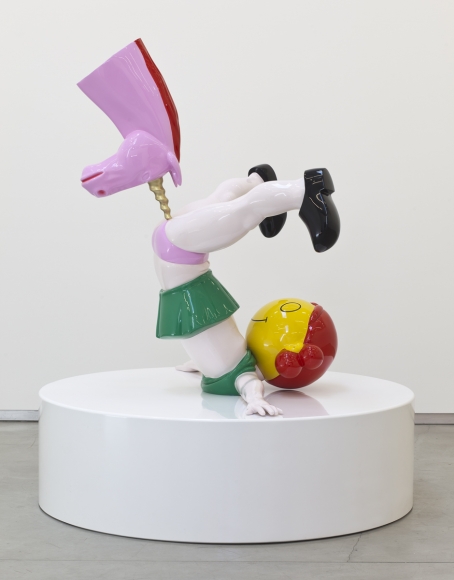 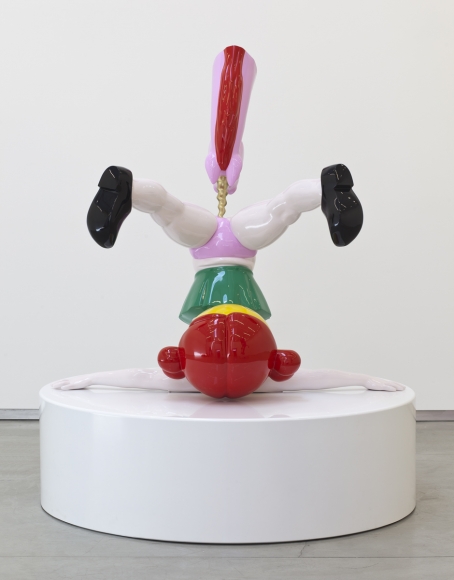 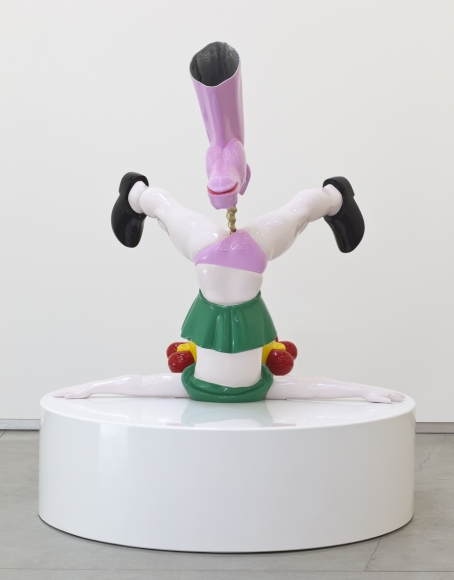 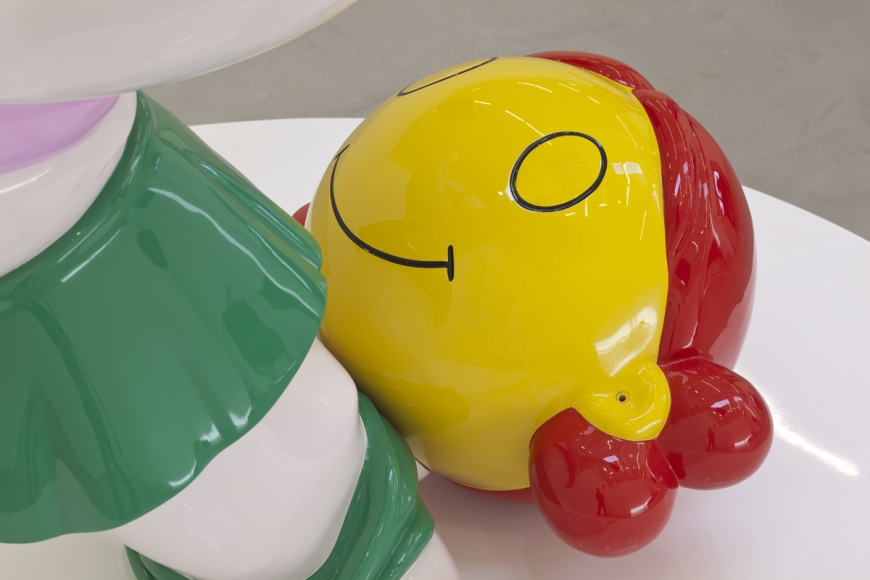 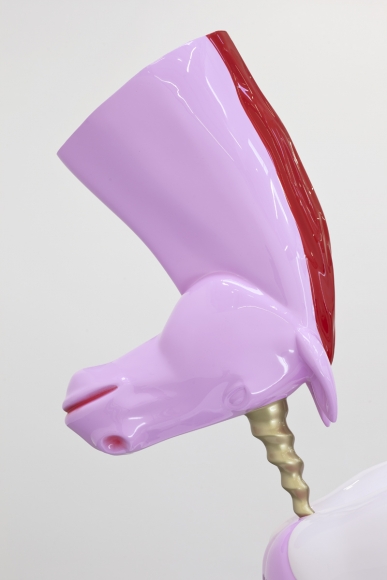 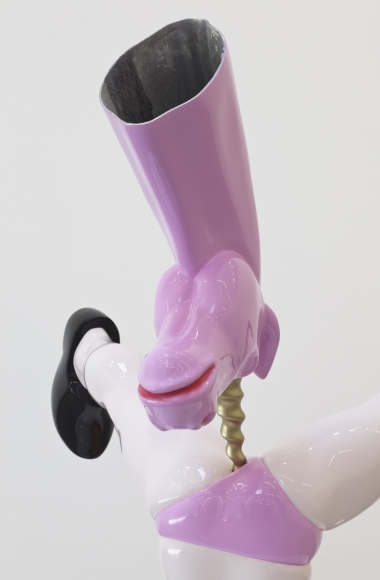 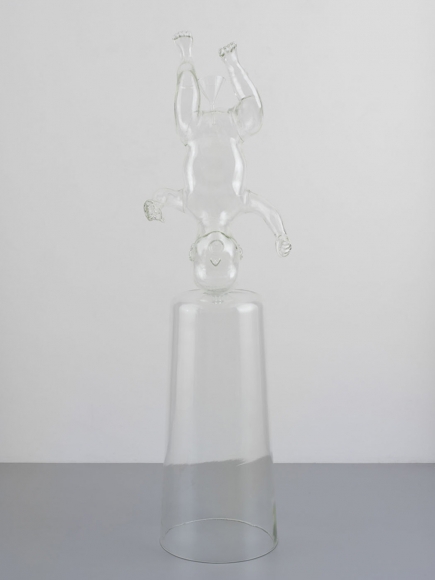 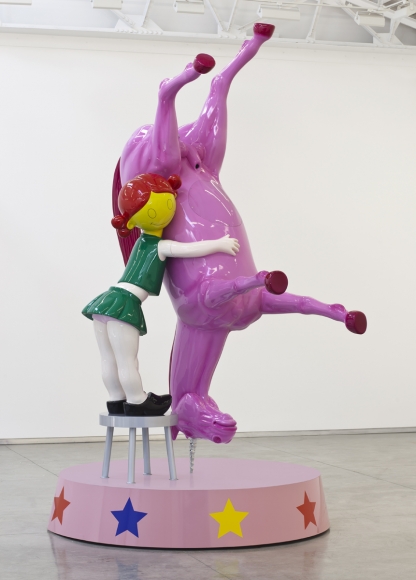 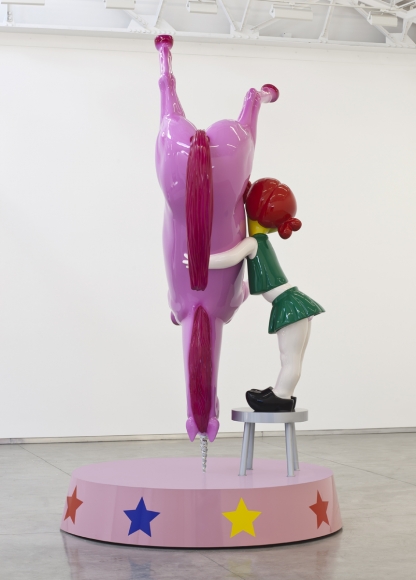 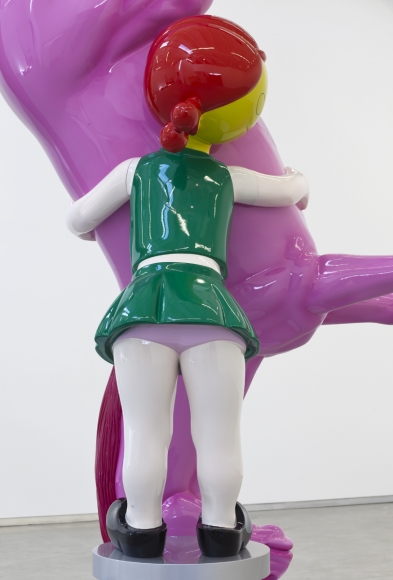 David Kordansky Gallery is very pleased to announce The Little Girl’s Room, an exhibition of new work by Richard Jackson. His first solo gallery exhibition in Los Angeles in 20 years, the show is a significant milestone for an artist whose work has continually expanded and redefined the physical and conceptual reach of painting since the 1970s.

A painting in the largest possible sense of the word, and the latest in Jackson’s series of major room-based works, The Little Girl’s Room consists of an immersive environment designed to resemble the room of a child. Viewers will encounter a paint-covered installation that exceeds the constraints of purely visual experience; it is also the record of a performative action that unites careful engineering with unmediated experimentation and risk.

The work’s centerpiece is a monumentally-scaled sculpture of a unicorn balanced on its horn, embraced by a life-size sculpture of a strangely doll-like little girl, that spins atop a motorized platform. Like many of the objects that Jackson has developed over the course of his career, the piece will be activated at the time of its installation in the gallery space. As it spins, paint will be pumped through the horse’s genitals and spray and drip across the other elements of the installation. These include the large-scale canvases that depict fluffy clouds and geometric forms borrowed from Frank Stella, as well as an array of other objects that feel at once familiar and disturbingly out of place in the context of a child’s room.

The sculptural figures that serve as both sources and supports for paint represent extremes of physicality in which the infantile and the archaic resemble each other. A larger-than-life Jack-in-the-box will be draped over one of the gallery’s trusses, and when activated will emit paint downward from the pointy tip of its hat; a hobby horse, its head lodged in a bucket of paint, will rock back and forth, dumping the bucket’s contents onto the floor around it; a sculpture of a baby will sit with a collection of baby bottles, filled and overfilled with paint; and, half-hidden in a closet, a comically aroused clown will communicate an aura of unsuccessfully repressed sexuality.

Though Jackson’s work seems to take aim at the heroic tropes that defined painting by the middle of the last century, it is neither pure critique nor pure homage. Rather, it maximalizes the potential of the individual artist in an age when the physical dimension of art making is often supplanted by an array of proxies. Throughout The Little Girl’s Room, paint acts as a vital fluid, one that unites the work’s concept with its tangible reality, and that maximizes its pictorial capability by giving rise to three-dimensional objects through which it is pumped and poured.

As such, Jackson crosses many of the dominant––and sometimes diverging––modes of modernist and contemporary artistic practice like live wires. By bringing the seemingly competing legacies of Duchamp and the Abstract Expressionists into productive (if uneasy) relation, Jackson imagines and creates ever larger and more embodied situations for painting. In his work, the power of individual human activity is not merely depicted or described in metaphorical terms, but enacted in the flesh.

This exhibition is part of Pacific Standard Time: Art in L.A. 1945–1980, a Getty initiative that brings together more than sixty cultural institutions from across Southern California to examine the history of contemporary art in Los Angeles.