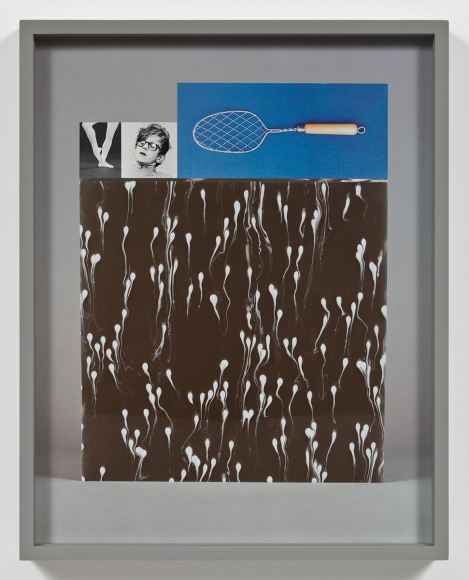 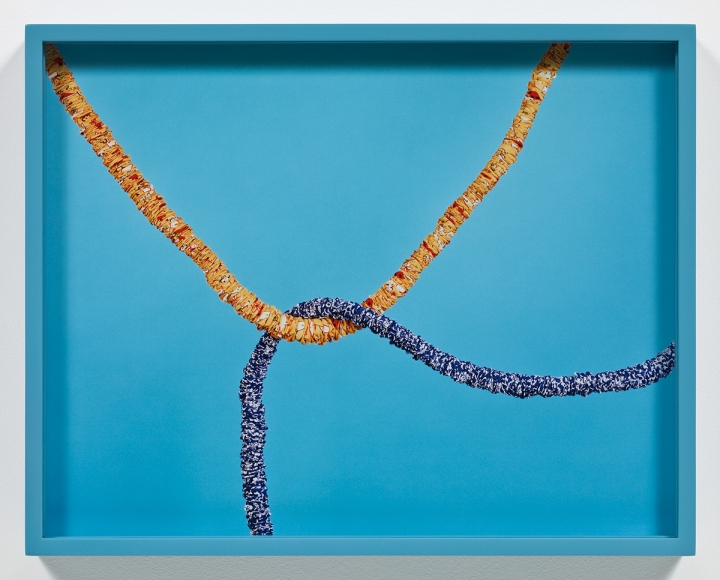 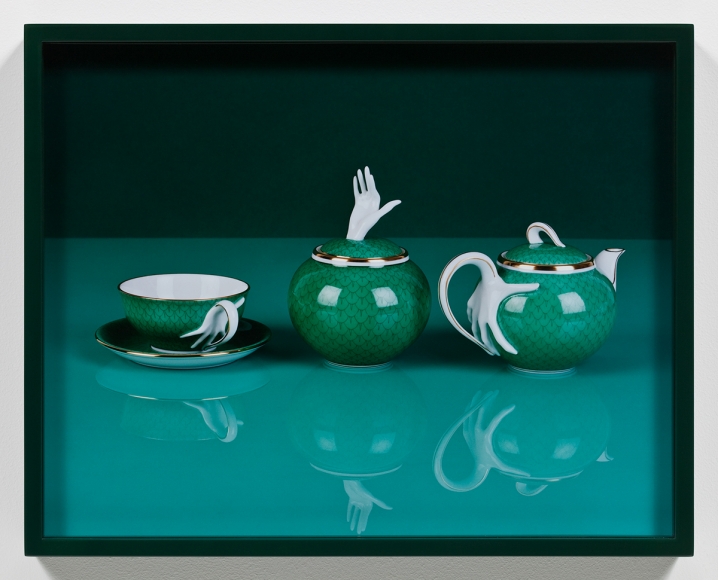 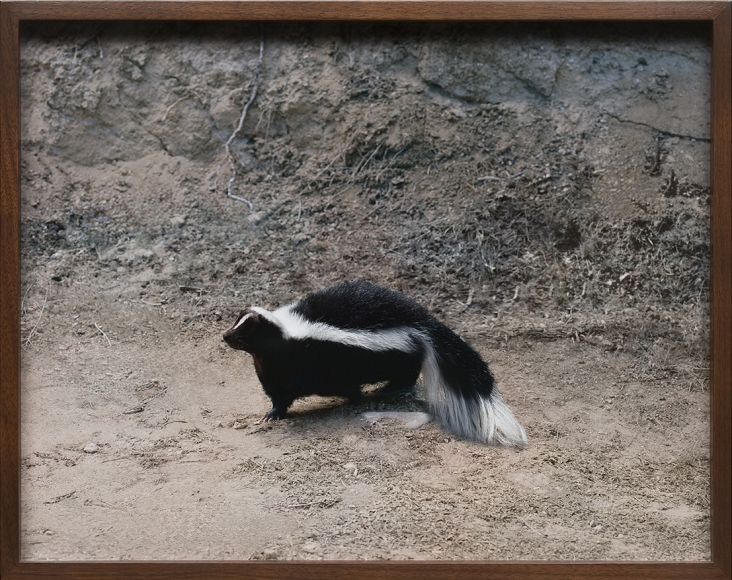 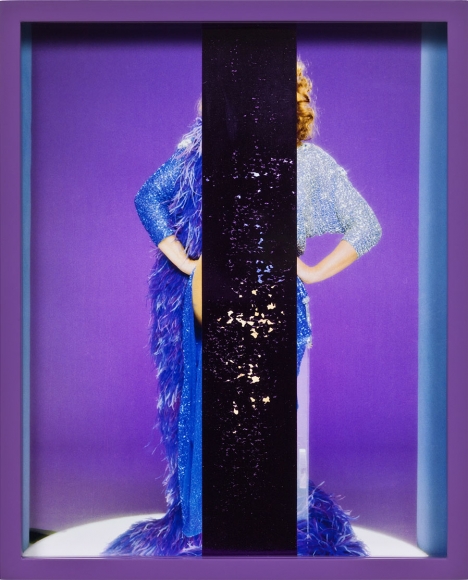 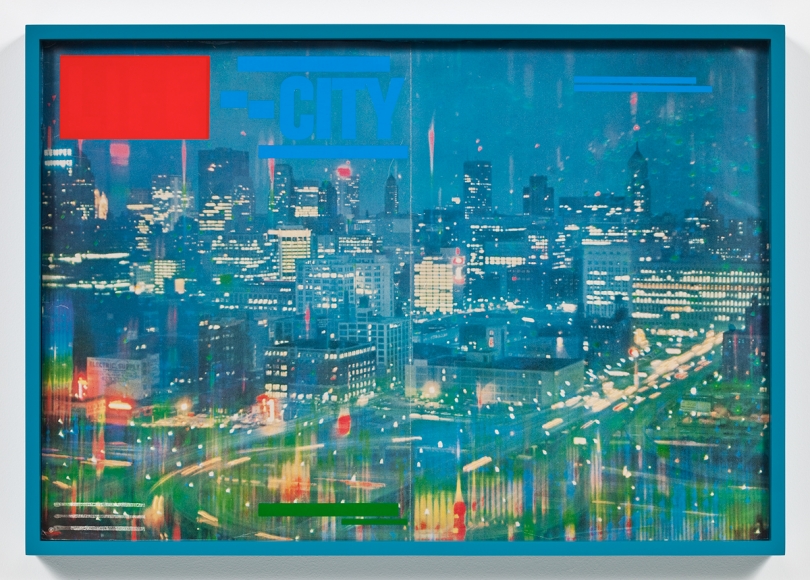 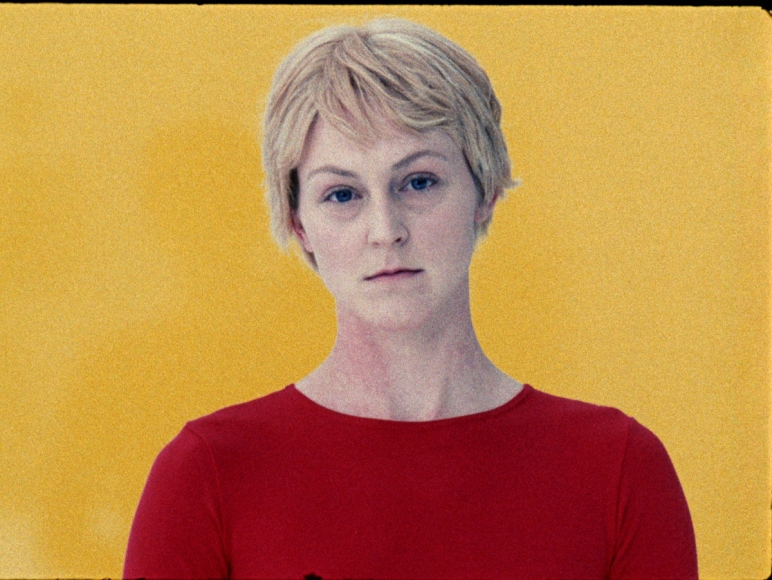 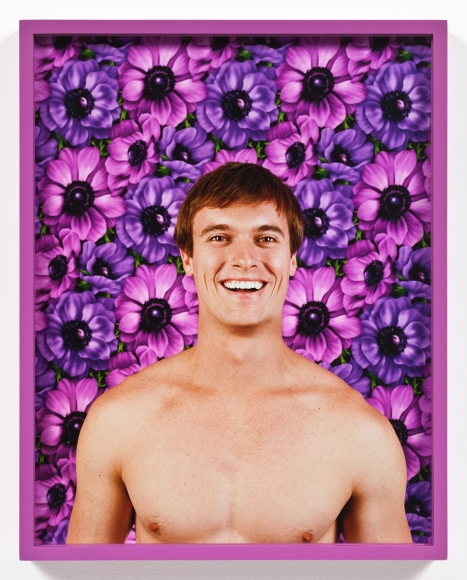 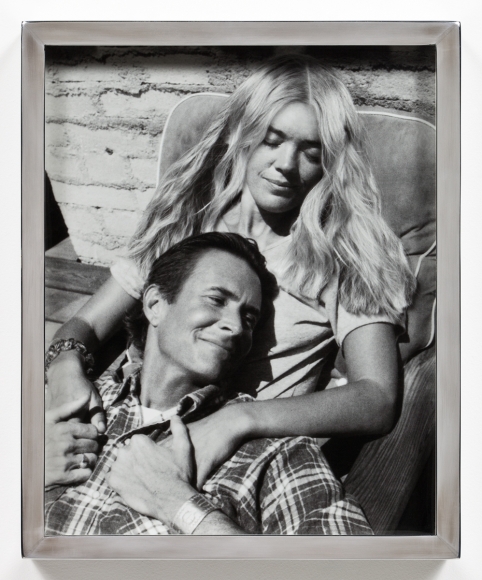 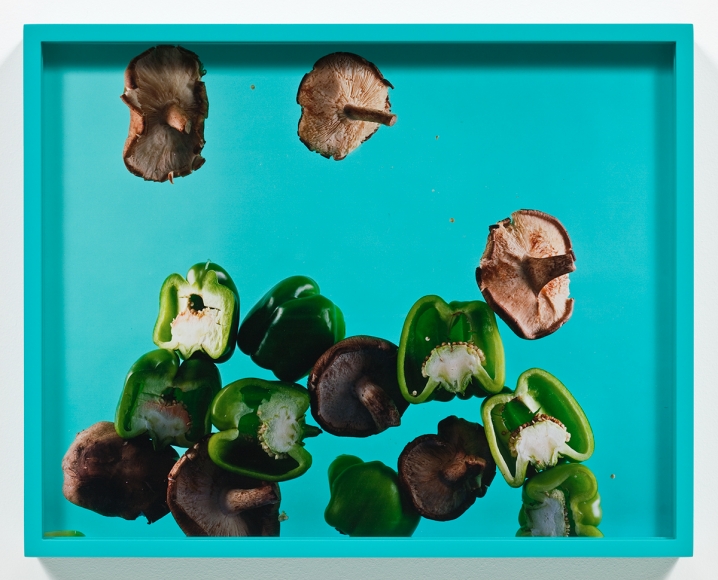 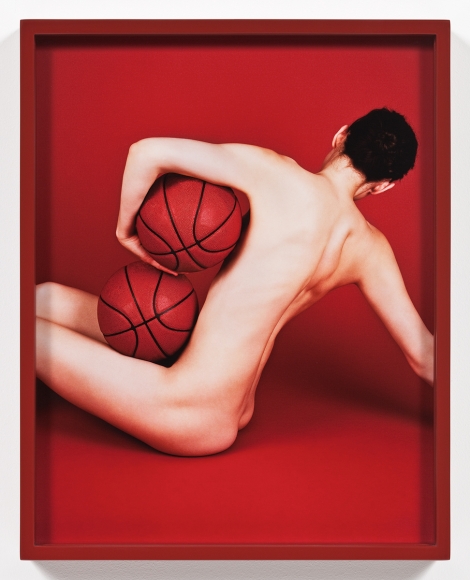 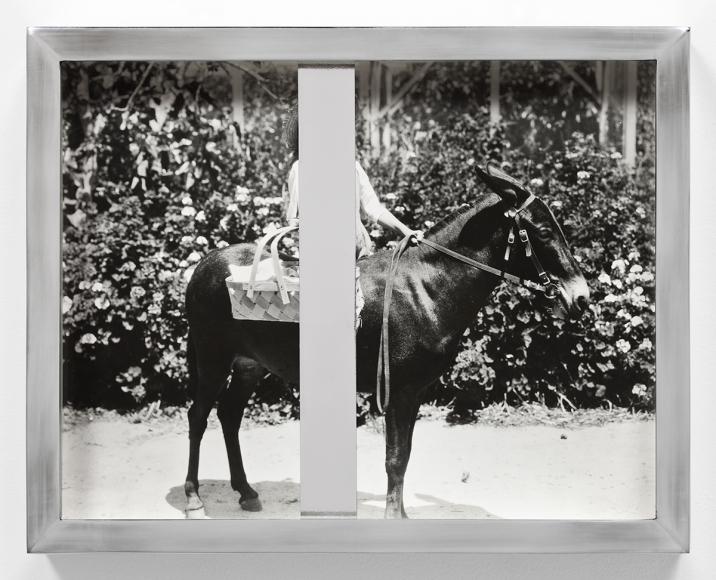 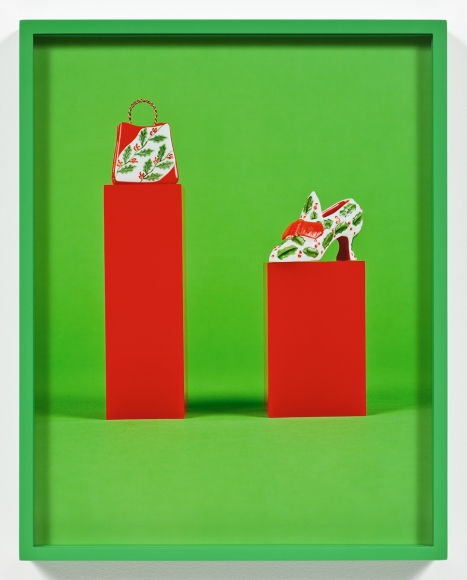 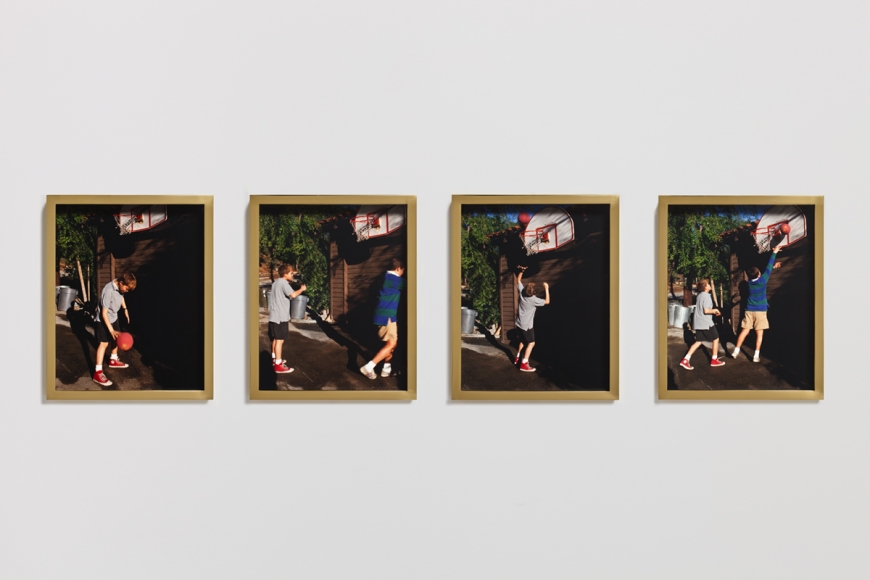 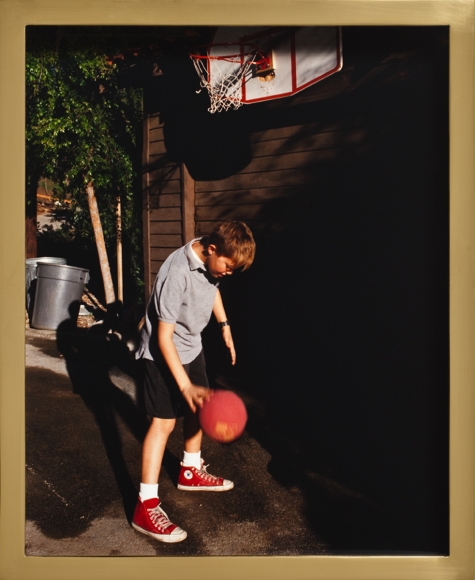 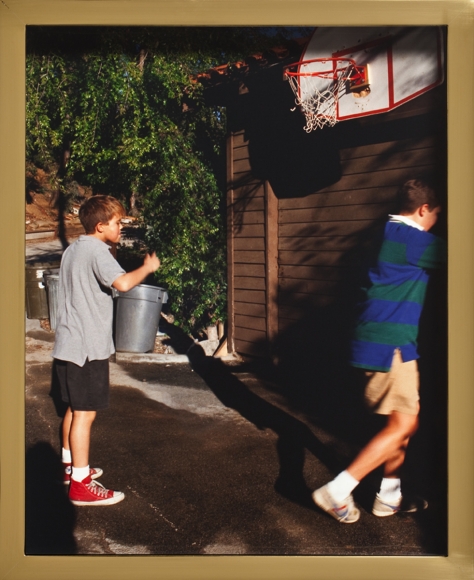 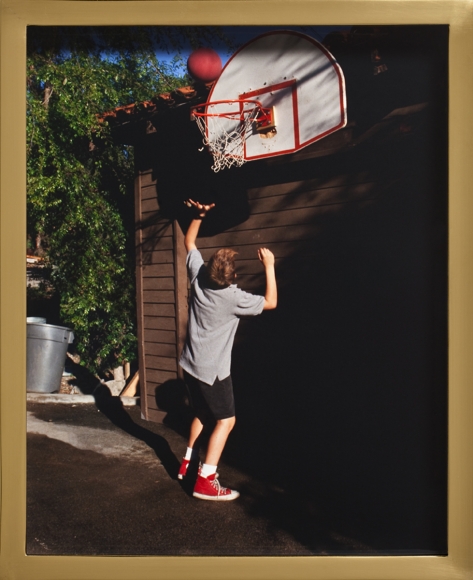 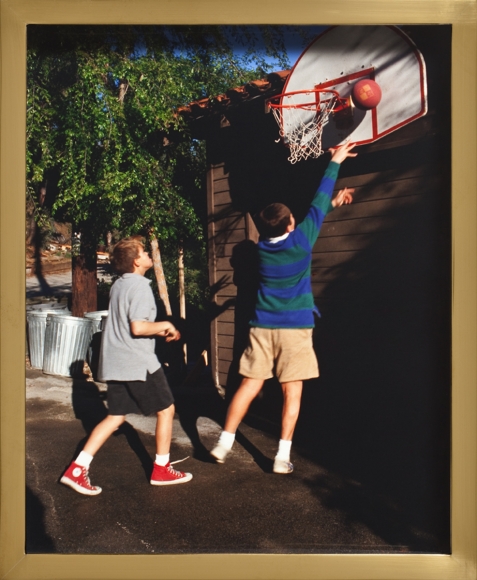 David Kordansky Gallery is pleased to announce its first solo exhibition of new work by Elad Lassry. The opening reception will be held on Saturday, September 12 from 6 to 9pm, and the exhibition will be on view through October 24, 2009. Elad Lassry's films and photographs draw from hauntingly familiar aspects of visual culture to create a matrix of non-linear narratives, illuminating a nuanced topography of image-making.

Lassry treats appropriation and archive research as tools among many others, and is just as likely to hire a crew and shoot a new film based on archival images as he is to physically manipulate a purchased headshot into a one-off photographic readymade and place it in a matching-colored frame. While there are affinities between Lassry's work and that of the artists of the Pictures generation, he is less concerned with vagaries of social critique and ironic distance, adapting instead an almost anthropological approach to the question of why a particular image gets made.

By placing moving, still, and found images in direct conversation with each other, Lassry focuses attention on the basic tenets of still and moving photography (inclusive of the larger cultural institutions and systems that surround the production of images) and brings attention to the catalogue of articulations (cut, montage, crop, mask) brought about by editing.

Whereas one found image might require an additive process (such as silkscreen or collage), the creation of a new image might hinge upon a subtractive one (such as the removal of one of its subjects). Lassry views these seemingly contradictory techniques as differences of degree, revealing that all images are not only mediated but that they might in fact begin with mediation. In his deliberate approach to the framing of still photographs, Lassry's frames are at times painted a color chosen from a dominant hue within the image. This act of optical detournement reinforces the physical immediacy of an image and recontextualizes it in the visual economy of other images on view.

Throughout the work, the driving concerns are an exploration of the materiality of photographs versus the materiality of images and an investigation of how images are given historical 'addresses' or indexes in the greater culture. All images exhibited are of the same scale so that these concerns are brought to the forefront. Lassry's films are projected according to dimensions similar to the still images on view, allowing them to be seen in the context of the basic photographic image of which each frame is finally composed; in addition, the films are not converted into a digital format and are always presented in their original form.

Untitled, a 16mm film on view in the exhibition, reconsiders photographic documentation and production stills from the rehearsal of Jerome Robbins' 1955 made-for-TV production of Peter Pan. Lassry has cast actors to play Robbins (Eric Stoltz) and Mary Martin (Merett Miller) and recreated sequences from the rehearsal, revealing the places where cinematic and structuralist approaches to the image meet and diverge. Due to the questions associated with its notation and recording, as well as its complicated relationship to cinema, dance has provided Lassry with a rich source of material.

Other recurring sources are Life-style photo essays, animal photography, headshots, textbooks, greeting cards, advertising and instructional imagery. Rather than pay heed to notions of high and low, Lassry isolates the moment before such a distinction is even made, thereby adapting the rigorously pioneering spirit of early photography and film for a contemporary, image-saturated environment.

Since 2008 Elad Lassry has had solo exhibitions at the Whitney Museum of American Art and the Art Institute of Chicago. In 2010 he will be the subject of a one-person exhibition at the Kunsthalle Zurich. He has recently participated in Younger Than Jesus at the New Museum and in the 2008 California Biennial at the Orange County Museum of Art. This fall he will be included in Dance With Camera at the Institute of Contemporary Art in Philadelphia. Born in Tel Aviv, Lassry lives and works in Los Angeles.